You are here: Home » Any Topic » Thunder Over Thurmond Recap 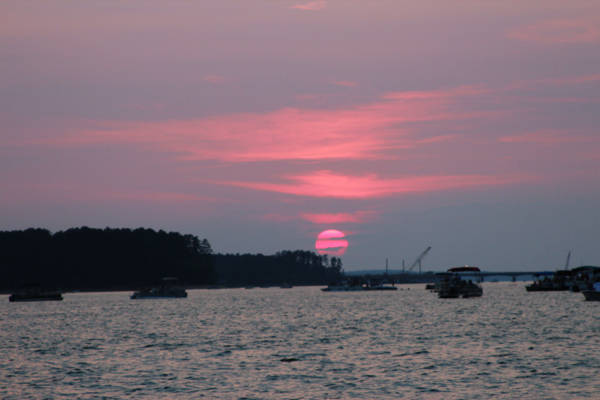 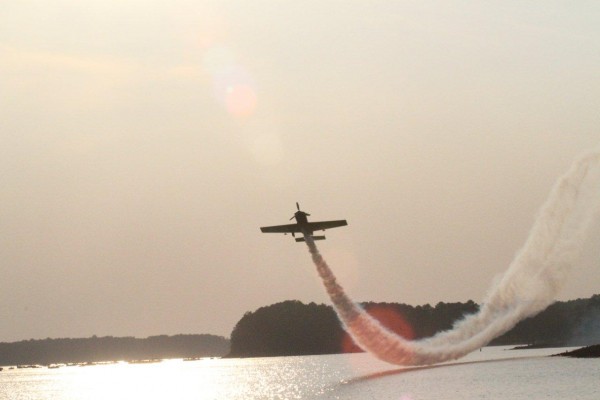 Beauty queens rode on convertibles and pickup trucks. Anne Barron and Ann Stiles waved to the crowd from the Chamber of Commerce float.

After the parade, the crowd gathered at the park behind the MACK where vendors offered food and ices and inflatable attractions for kids. The program celebrated the life of Dr. William Samuel Mims, and attorney Melvin Drayton was the keynote speaker.

The Thurmond Lake Sail & Power Squadron’s boat parade and beach party was a day-long event last Wednesday. After the boat parade at the Dorn Boating Facility, party goers gathered at the Savannah Lakes Village beach, recently enhanced with nearly 20 truckloads of white sand. Volunteers paid for the sand, then shoveled and raked it down to the water’s edge. “We had 50 boats with 200 passengers in the parade, and nearly 600 participants at the beach party,” said Doug Chalifour. Chalifour and his wife, Marianne, organized the event from raising funds for the beach sand to awarding $800 in prize money for best decorated boats and feeding participants with two free hot dogs and drinks.

Thursday’s highlight was a visit by the U.S. Army Signal Corps Band from Ft. Gordon, and McCormick Mayor Roy Smith was overwhelmed by the turnout at the MACK Park. “I’m very impressed with this record crowd, especially in these hot conditions,” Smith said.

McCormick Police Chief J. R. Jones and Major Bo Willis estimated the crowd at more than 500 people who brought their own chairs. Many bought BBQ dinner plates dished up by Amy’s Chuck wagon. The dinners benefitted the Humane Society of McCormick County. 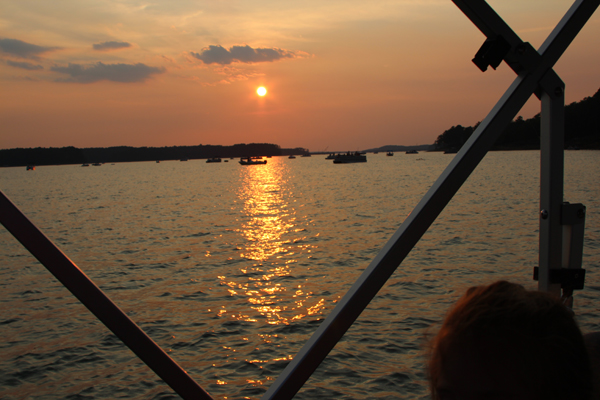 The band concert drew rave reviews, and the band was equally appreciative of the audience response.

“Having a great crowd, seeing the kids at play, people sitting and chatting … it was all wonderful,” said band leader Chief Warrant Officer James Bettencourt. “I loved talking to people during the break.

“We give nine concerts in seven days this week. This is the next to the last one, then we get to hibernate for a week,” Bettencourt said. 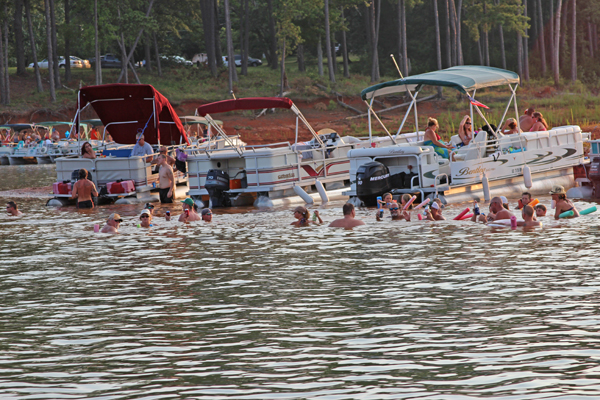 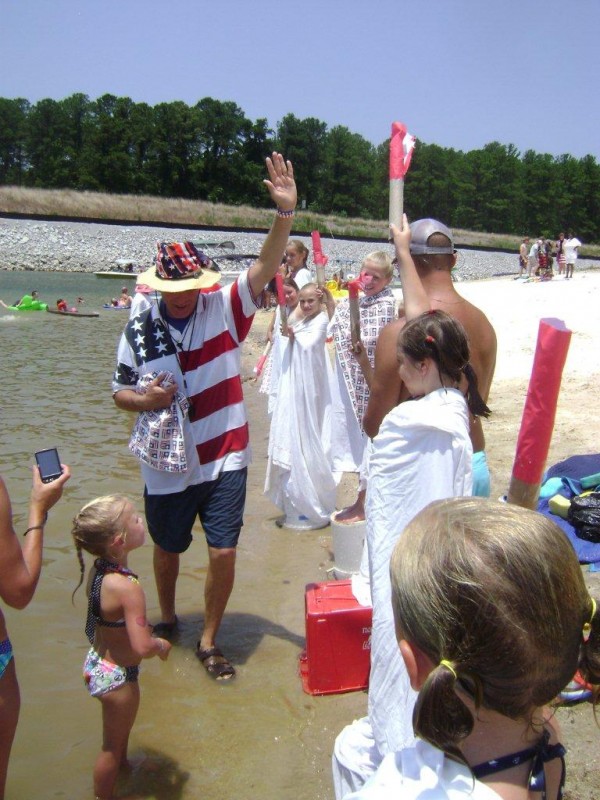 Thunder and lightning postponed the Kayak Olympic Adventure and Paddle from Tuesday evening to Friday, but the determined kayakers got their event in despite a few missing competitors due to the postponement and a one-hour delay, due again to threatening weather.

“Of course there were a few unexpected additions to our Olympics, like the unplanned exits from kayaks during the excitement of the events, but life vests were mandatory and everyone was safe,” said coordinator Gloria Bramble. “After the Olympics several kayakers took a moonless, but star-filled gentle paddle on a quiet lake to end the evening.”

All this led up to the feature event, the Thunder Over Thurmond air show, fireworks and concerts at Dorn Boating Facility Saturday. Entertainment was provided by Sylvia Walker, the Fabulous Expressions, the Jimmie Van Zant Band and other performers. Posted in Any Topic, Lake Thurmond | Leave a Comment