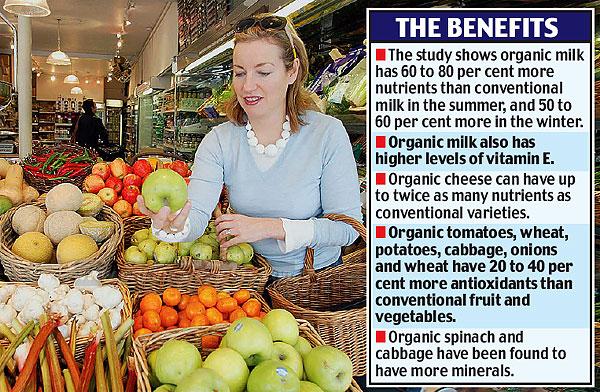 1. No woman over the age of 65 needs to be consuming more than 1800 calories per day on a day to day basis unless she is very tall or getting a huge amount of cardiovascular and strength training exercise.  At 5’2’’ with a healthy amount of exercise (one hour with hr at above 120 bpm) 6 days a week), 1500 calories, heavy on the protein and vegetables and fresh fruit, would be appropriate.  With exercise only three days a week, around 1200 calories a day will be your max.  With no exercise, you will need to starve to stay thin and you will still have unseen, dangerous visceral body fat and not enough food nutrient to sustain health and regulate body systems; your bones will become osteoporotic.  At 5’5” with the above exercise you can probably go the 1800 calories.  If you get no exercise, even if you go down from 1500 calories, you will lose so much muscle that your metabolism with wither away with them.  Muscles are what burn up calories (or not) and speed (or lower) the metabolic rate.

2. Shop the perimeter of the grocery store—forget about most of the stuff in the interior.  Along the perimeter you will meet: fresh vegetables and fruits; fresh meats and chicken and fish; dairy; and higher end, whole grain and organic loaves of bread.  Sometimes beer and wine.  You won’t meet processed and refined foods, except at the cheeses—so be very careful there. If you see an orangey yellow cheese, pass it by.  Pass by all processed cheeses, including cheese balls.  If the cheese is American commercial cheese, be very cautious.  If it looks and tastes gluey and softish, that is processing and not natural curing. Beware. If you do a big shopping morning in a commercial grocery, spend 45 minutes on the perimeter and ten minutes in the interior aisles. At Whole Foods or Trader Joe’s, time simply does not exist.

3. Eschew (interesting word—sort of means “don’t chew” in this instance):  anything white:  No white potatoes, no white rice, no white flour, no white, refined sugar.  Whitening is a processing that only removes the good stuff:; the fiber that keeps you a healthy weight by lowering the glycemic index frees the natural glucose, which your body recognizes as a real food rather than fructose which it does not. The fructose just makes you starve for glucose. Diet sweeteners have this effect as well.—so you get fat on them.  Raw cane sugar and honey are the finest, healthiest sweeteners. Unrefined, they satisfy the body’s demand for glucose at smaller amounts than refined sugars, and they pack amazing enzymes as well as   Beet sugars are almost always GMO (sad). so avoid.

5. Read labels!  Do not buy anything with high fructose corn syrup in it.  It is in most everything processed in any way, so that is another reason to avoid the central aisles of the grocery and especially boxes. Do not buy things with three main ingredients and a huge list of preservatives and salts.  Salt is a million things these days.  Some salts are great to soak in—epsom salts, sea salt—or rub on, like magnesium chloride, but not to eat.  Some seemingly healthy additives, like niacin, are not healthy when added to processed foods.  Nitrates plants like, but nitrates in the soil and water from fertilizers and added to food as preservative salts, have contributed to a host of rising cancer rates.

6.  Avoid aspartame (it turns to formaldehyde in your body).  Most people who use diet sweeteners get fat—besides the glucose/fructose distinction, the sweet receptors on the tongue adapt instantly to the too-sweet, artificially sweet taste of artificial sweeteners and demands that taste in everything. All calories are not equal.  Your body recognizes raw sugar and honey as real food.  It cannot recognize artificial sweeteners—or other chemicals—as food; so you eat and eat and drink and drink but are never satisfied unless the sugar is real. Use raw cane sugar and honey instead. Raw sugar has a third more sweetening power than refined, so you use a third less. Avoid infused wines and liquors in the same way you avoid  artificial sweeteners. Cheap chardonnays and merlots for example are almost always infused and have a very high glycemic (non-fermented, chemically refined sugar) index.  In Germany, all wine stores give not only a rating for excellence in wines, but a second number which is the “Restzucker.” or sugars that remain unfermented or are added later.  Germans, particularly the thin northern Germans and Austrians, stay away from those wines, which is why their rate of diabetes is so much lower than ours—not to mention their lower consumption of other bad things I mention here.  They allow no GMOs to cross their borders.

7: Always keep glycemic index in mind when you buy, prepare, and eat food. Why?  Fresh white bread has a high glycemic (sugar) index.  Toast it and it is a little less bad for you.  Put a tiny bit of butter or coconut oil on the toast, and it is again slightly less bad.   For example, a white, sweetish roll like your mother’s white flour refrigerator rolls, contains about 100 calories.  A whole grain roll, more dense, contains the same, but is more satisfying for longer.  You are happy with one of these, while you want four of the white ones.  You won’t get fat eating the whole grain roll, especially if you put ¼ pat of butter on it. You sprout pounds in your belly on the white ones, particularly as the gluten glues your intestines and pumps toxins into your intestinal tissues and lymph. Sourdough whitish bread is safer to eat than fresh white bread because of the fermentation of the sugars in the “sour” dough.  All fermented foods—Korean Kimshee for example– are good for keeping a healthy gut.

8. Lower the glycemic index of all foods by eating the fiber, or add fiber by toasting or adding a tiny bit of oil, or adding psyllium husk to your meals and drinking lots of water to plump it up in your system and allowing it to pass with the liquid instead of stopping up your digestive system.

That little bit of oil or butter on bread, the tiniest amount:  you really do have to eat a little fat to burn it.  I stay away from non-fat and “lite” products as well as anything artificial.  Further, if you add the tiniest bit of healthy oil or organic butter, or eat a slightly fatty fish, or drink 1% milk and eat 1% yogurt rather than non-fat, you are far more satisfied and your body, including your skin and eyes and mucus membranes and digestive system, is much happier.

9.  About GMO—genetically modified organisms:  Again, Germany and 7 other European countries will not allow the U.S. to market GMO corn, soy or other products into Germany, and no ethanol as it is made from GMO corn.  Car engines and human and animal bodies do not recognize GMO as fuel.  There are very harmful side effects of GMO for both car engines and bodies.  To avoid GMOs is difficult as now they are in everything.  Unless the food or corn is certified organic, you have no idea if you are getting GMO—genetically modified organisms.  GMO does not have to be on food labels:  why?  the corn, soy and other GMO manufacturers want to keep their government subsidies and continue to reap billions while destroying the food supply.  GMO seed is laced at DNA level with insecticides, herbicides, antibiotics, growth hormone, other chemicals, the capacity to grow in the 100 degree fields that North Dakota is now famous for, where wheat would not grow until the last ten years and which is now our biggest wheat state.  A natural cornfield planted next to a GMO test plot will soon become GMO—bees and wind that pollinate the corn do not know not to cross the border.

10.  About organic food:  you don’t get GMO with organic food, nor a host of other bad chemicals, additives, pesticides, herbicides.  If you cannot afford or get access to all organic foods, then at least buy organic when you buy product that contains a lot of fat, which is where the toxins settle in animals: cheese (European cheese will be safe from this), milk, yogurt,  cottage cheese, cream, butter, and meats like beef or sausage.