You are here: Home » Archive of category 'DAR' 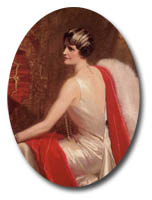 The Daughters of the American Revolution (DAR) is a lineage-based membership organization for women who are descended from a person involved in United States’ independence.[1] DAR has chapters in all fifty of the U.S. states as well as in the District of Columbia.  DAR’s motto is “God, Home, and Country.” Some state chapters of DAR date from as early as October 11, 1890, and the National Society of DAR was incorporated by congressional charter in […]