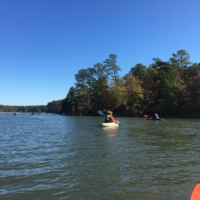 The Outdoor Adventure Club will be going for a kayak paddle on Little River Saturday, November 2.  We will be putting in at the Boat Ramp located on Highway 28.  The directions to this boat ramp are provided below.              We will put in at 10:00 am, so please be at the boat ramp by that time.  You may sign up for this event in the black book at the Recreation Center.  Please sign up […] 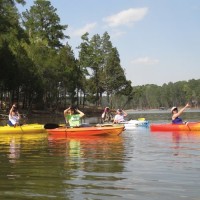 Are you looking for an exciting kayak adventure to beat the summer heat? The Savannah Lakes Outdoor Adventure Club is coordinating a trip to The Sandbar in Bowman, GA to kayak the Broad River. When: We will plan to meet at the SLV Recreation Center on July 8th and leave at 8:00 am. The outfitter will provide kayaks, paddles, and vests so there is no need to bring your kayaks. The river is not deep […] 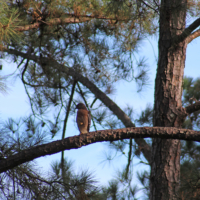 Do Birds Perch on One Leg

Birds will often stand on one foot to minimize heat loss. Some birds with fleshy feet, such as doves, have relatively short legs and can hunker down so their warm belly is pressed against their feet while perched, but accipiter’s, such as this young Cooper’s Hawk, have longer legs that make this far more difficult. These birds will often hold one foot inside their belly feathers to minimize heat loss, and often switch back and […] 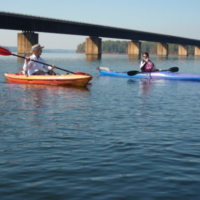 The Outdoor Adventure Club will be going for a kayak paddle on Little River Saturday, November 2.  We will be putting in at the Boat Ramp located on Highway 28.  The directions to this boat ramp are provided below. We will put in at 10:00 am, so please be at the boat ramp by that time.  You may sign up for this event in the black book at the Recreation Center.  Please sign up […] 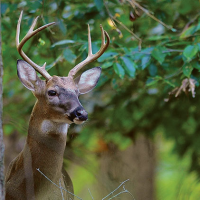 The complete listing of South Carolina’s antler records is now available to the public online. The South Carolina white-tailed deer Antler Records Program was initiated in the spring of 1974 and since that time, 7,469 sets of antlers (7,167 typical and 302 non-typical) have been officially entered into the list, according to Charles Ruth, Big Game Program Coordinator for SCDNR. Initially, measuring sessions were only conducted a few times each spring but, since 1987 antler […] 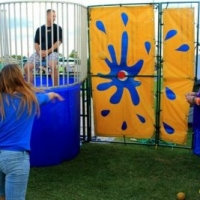 And guess were it’s all going to be. That’s right, the BlueWay Festival at Baker Creek. Youth and adult can careen down the 18’ water slide (250lb limit), test your aim to put someone into the dunk-tank (must be 48” tall), swim, kayak, or paddleboard in the marked off cove area and new sandy beach. Adults, please stay with your children. What a great way to cool off! More info www.bluewayfestival.com Follow us on Facebook @westernscbluewayfestival or […]

Read More
Posted in The Great Outdoors | Leave a Comment 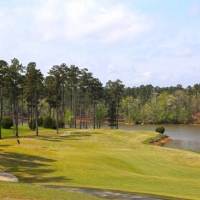 Am-Pro PGA Championship 18-Hole Tournament Where: Monticello Golf Course When: Sunday, May19th, rain or shine Sign-up for this tournament at the Monticello Pro Shop prior to May 10th Tournament Play: Individual Stroke Play. Each golfer must have a GHIN handicap to participate in the prize money. Each golfer’s NET score will be used. Guests or players without a GHIN handicap can golf but not compete for prize money. Golfers pay for their own golf fees […] 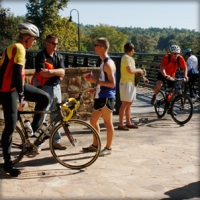 Spring Bike Ride Along the Augusta Canal  The SLV Outdoor Adventure Club is sponsoring its Augusta Canal Spring Bike Ride on Wednesday, May 8, 2019. The ride is an easy 14 miles on flat terrain (well, there are two short hills, but very doable). The word “putz” describes the pace for most of us. The comradery is super. We bike in pairs or threes, and the groupings change naturally throughout the ride. We stop for […] 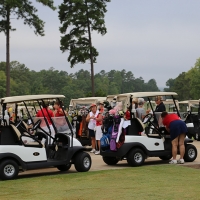 Ladies, mark your calendars and land the partner you want. Annual Sadie Hawkins Golf Tournament Format: Modified Chapman Alternate Shot Tara Golf Course Saturday, March 23 Shotgun Start at 10:00am SLV Members Only Two-person teams comprised of one man and one woman from differing addresses. Rules & Prizes This is a flighted handicapped event (60% of the lower handicap + 40% of the higher handicap) with a cost of $5 per person toward prizes. […] 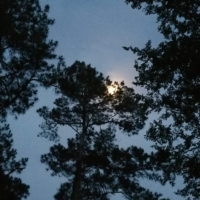 Posted by tbryan | Published on May 30, 2018
Posted in Any Topic, Kayaking | Leave a Comment 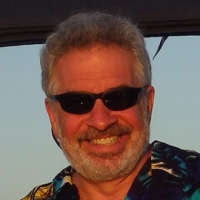 Pete Nico for SLV Board.

Meet Pete Nico: Hello SLV Neighbor, My name is Pete Nico and I am running for a seat on your SLV Board. My vision for SLV is simple: Make SLV the shining jewel on the South Carolina freshwater coast, buildinga “Gotta Live Here” destination and experience. I bring an attitude of “let’s try it” that is key to seizing opportunities to move forward. Why Pete Nico? I bring a new attitude and a fresh approach. […] 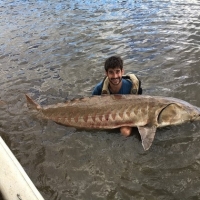 SCDNR conducts Atlantic Sturgeon research in Great Pee Dee River by Chad Holbrook, SCDNR Diadromous Fishes Assistant Coordinator SCDNR freshwater fisheries biologist, Mark D’Ercole, with an Atlantic Sturgeon caught in the Great Pee Dee River for research activities within the guidelines of the National Marine Fisheries Service Biological Opinion #2206-030.         Have you ever caught a fish that was too big to bring into the boat?  That happened last week in the […] 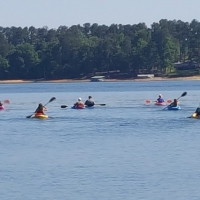 Aug. 3 The Outdoor Adventure Club is sponsoring a peaceful, moonlight kayak trip on Thursday, August 3, 2017. We will launch from the Baker Creek State Park ramp (with its newly paved parking lot) near the Rt. 378 bridge. As you may have noticed, it doesn’t really get dark until about 9pm, so we are going to launch a little later than usual so we can have time to enjoy the stars and moonlight. We will launch […]

What "Lifestyle" are you looking for? This blog is to talk about all things Southern, what it is like to live in South Carolina, mainly, Savannah Lakes Village and the surrounding areas..

Share your experiences or read about the great wonders of living in the South.This is your Voice! It is your opportunity to ask questions about anything and receive feedback from the folks who live here.

Interested in moving South. Read all about Savannah Lakes Village and hear first hand from the residents. Ask them questions and start a conversation. See what it is like to live in the area and all the opportunities you will have to get involved.